The Bible Study That Wouldn’t End 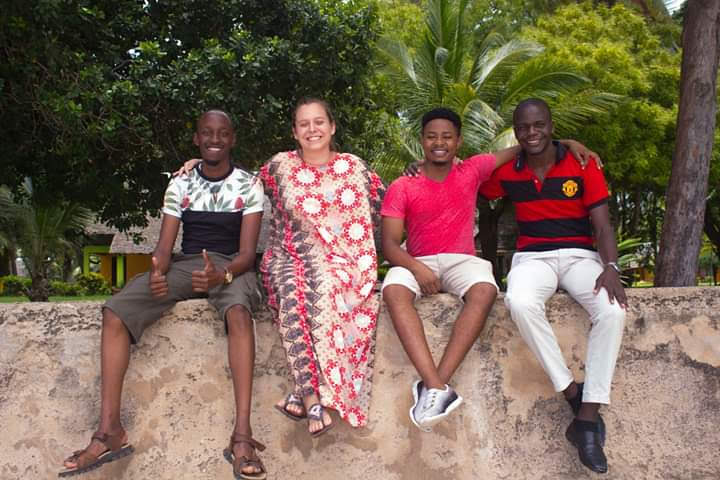 “Is this even allowed?”

Before going to Kenya with my iEDGE team, I prayed that I would meet women to invest in. Fast forward three months into my time in Kenya: I was leading a Bible study with three guys! I was thinking, “Is this even allowed?” and “What gives, God!?”

I had been co-leading the study with my campus director until he went on sabbatical. A mixed group of ladies and men had been coming to Bible study, but the ladies proved to be less faithful to attend. We had consolidated some studies so that each study would consist of students from the same academic year. All our seniors were men but no male staff members were available to lead the study. My Bible study group suddenly became the seniors’ study.

I complained to God and sensed God saying, “This is what I have given you.” Coming from a traditional college ministry, I never thought I would find myself leading a study of only men. But I learned quickly that I could comfortably fill the role of older sister.

None of the guys had been consistently investing in their spiritual lives, but every week I showed up and they surprised me by showing up too. We started having tea together before our study and working on Scripture memory. For the first time, they had a safe place to ask hard questions and a leader who did not give many black-and-white answers. My big goal was to give them space to grow in their faith and own their faith.

When it came time for them to leave campus, I did what I had always done in my U.S. campus ministry. I held a special “last” Bible study and gave each guy a small gift. I had made them bookmarks and printed them each a picture of us as a Bible study. I was effectively ending the relationship neatly and communicating that we would no longer be meeting.

“They surprised me again”

But they surprised me again. One of them pointed out that although they were all graduating, they were also all planning to stay in Nairobi and we could still meet.

At first I wondered practically, could it work? I thought once their work schedules got busy they would drop off. One guy eventually did leave, but this Bible just would not end. I finally realized that the guys had grown so comfortable with each other and valued our study so much that they were willing to sacrifice their time to make it work.

Eventually, we added a new Navigator staff member. Together he and I continued meeting with two of the guys for another year. I got to meet the guys’ families and watch them grow in their convictions. One of them decided to begin training with the Navigators and the other is teaching high school students and passing on what he has learned to them. My unconventional guys Bible study became arguably my largest contribution during my iEDGE time in Kenya.

Learn more about iEDGE opportunities. The iEDGE application deadline is February 1, 2021 for iEDGE teams bound for the nations in late 2021.