The Difference a Month Makes 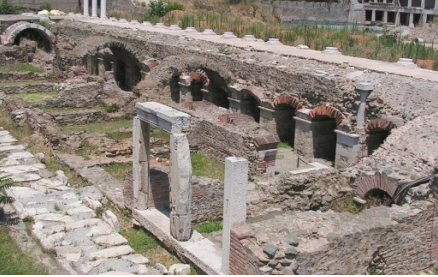 What difference can one month make?

A month can make a huge difference, when the Good News of Jesus spreads through more than words alone. When Paul’s team joined the gospel’s life-giving message to a life-modeling ministry, that message rang out far beyond Thessalonica.

Sharing the Gospel and Life

The port city of Thessalonica, north of Athens and Corinth, was largely unreached when Paul’s missions team arrived. But it held the potential to help spread the gospel to the broader Gentile world. Paul’s team invested three sabbaths in Thessalonica at the synagogue, where they would meet not only Jews but Greek Gentiles interested in the Jews’ God.

Paul’s team, including his disciple Silas, persuaded many to follow Jesus as the Messiah—Jews and Greeks, men and women. In the process, Paul said they shared “not only the gospel of God but our lives as well” (1 Thessalonians 2:8). You could call it whole-life discipleship. Their Spirit-empowered message was driven home by authentic Christ-centered living. Things were hopping.

And then it was over, almost as quickly as it started—or so it seemed. When Paul’s local believing friends, including Jason, got caught in a riot and a mob showed up at Jason’s house, it looked like the movement may be snuffed out as quickly as it began. The believers sent Paul and his missions team out of town under cover of night.

That’s when the power of God at work through Paul’s team took hold in Thessalonica. When Paul, Silas, and Timothy wrote back to the Thessalonians, Paul communicate how the power of the message had continued after Paul’s team left. Look who was impacted by barely a month of the ministry of Paul’s team:

God was moving far and wide, into Greece and beyond.

Short-term mission trips can still spread the message of Jesus today. Maybe you’re thinking about an overseas short-term mission trip. Missions trips that partner the sent team with a local receiving team that wants their help in ministry can have long-term impact. Look for a trip that allows your team to cooperate with a country’s local gospel laborers.

God can still employ His power through you to help pioneer the gospel. You could ask God to use your engagement with a short-term missions team the same way He used Paul’s in Thessalonica. You might see the Lord use you to bring the Good News to a few who can in turn disciple others beyond your original influence. Consider how just one month can spread the message and make a huge difference.